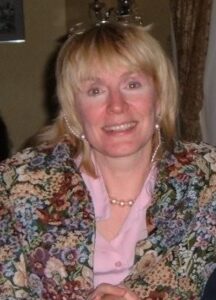 Mrs. Smith received her B.A. in Liberal Arts from Marymount College, Tarrytown, and her M.A. in Education at Fairfield University. She holds Connecticut certification in Biology, Chemistry, General Science and History. Mrs. Smith has over forty years of teaching experience. She taught Science, Math and History at St. James School in Stratford and at New Haven Hebrew Day in Orange, and Upper School Science at the Unquowa School. She is the founder of Easton Country Day School and the mother of two of our earliest graduates. She teaches Physics, Chemistry, Biology and History to the middle school.

Mrs. Inwood earned her Bachelor’s degree in Communication Disorders/Learning Disabilities at Northwestern University and her Master’s in Education for Pre-K to 12 at Southern Connecticut. She is a founding parent and one of the school’s two directors. Her thirty three years of teaching experience includes preschool at Cooperative Educational Services and numerous grades at Fairfield public schools. She has apprenticed and worked with Dr. Donaldson in Original Play for over 25 years, Lynn Meltzer in Executive Function and specializes in Sensory Integration for home, work and classroom.

Rebecca graduated from Post University with a Bachelor’s degree in Equine Business Management, and received a Master’s degree from Fairfield University for School Counseling and is a National Certified Counselor. She is also EAGALA certified – a certification for equine learning and therapy. She has been with ECDS for 7 years. She is an 8th grade graduate of ECDS.

Ilka received her MA in Counseling and Community Psychology from Marist College. She has worked at Sylvan Learning as a Math, Study Skills and SAT tutor. Later she worked as a Director of Assessment and Director of Education at Sylvan Learning. For the last couple of years, she has been lucky enough to work in an office, where every day brings a new adventure.

Casey Skillins has her Master’s degree in Special Education. She is also certified to teach mindfulness to children. She has spent the past fifteen years teaching children of all ages, in all subjects, in various school settings. She has a deep love of learning, and especially loves learning about math, the human brain, health and wellness, and nature.

Wendy Shambra-Katragadda is a graduate of the University of Southern California with a BS degree in Accounting and Business Administration. She worked many years as a business consultant. When her oldest child arrived she became very interested in early childhood development and enrolled in graduate classes in education. She joined ECDS as a parent in 2001 and established our pre-school and daycare program in 2005. She has taught our two year old class and for the past nine years has also been the managing director of Little Phoenix, our pre-school and daycare. Wendy emphasizes loving kindness in her work and in our preschool and daycare. She is the mother of four children, all of whom attended ECDS.

Jordan graduated from Lynn University in 2011 with a BS in Psychology, then went on to get  her Master’s in Psychology from Mercy College in 2013. She worked as a substitute in the Darien CT for grades K-8 during that period. She taught Kindergarten readiness at the Holly Pond School in Darien, CT for 5 years. In 2019 she graduated from the University of Bridgeport with her Sixth Year Certification in Elementary Education and was selected as a member of the National Honor Society Phi Kappa Phi.

Lindsay Benak – Grades 1/2
Lindsay Benak is teaching the First and Second grade class this year after working for another agency within ECDS for the last 8 years. Lindsay went to Central Connecticut State University where she was a member of the woman’s lacrosse team. She attended Sacred Heart University for graduate school. Lindsay started her career off at Cooperative Educational Services for 9 years followed by working at Meliora Academy for 2 years. Lindsay also carries a Linda Mood Bell certification and a Registered Behavior Technician certification. She is the mother of two children and is an avid sports fan.

Marcia earned her B.A. in Communications from the University of New Hampshire and her Masters of Elementary Education from Sacred Heart University. She worked in international business before she had her children and returned to earn her Masters of Education with a concentration in Educational Technology. Marcia was trained and worked in the Trumbull Public School District for 8 years.

Melissa has been a teacher for the past 12 years. She was a Reading Interventionist at the Bridgeport Public Schools for two years and has recently returned to Easton Country Day School. She was a teacher at ECDS for ten years in which she taught third and fourth grade homeroom as well as fifth and sixth grade math. Melissa received her Bachelor’s degree in Elementary Education from Western Connecticut State University in Danbury, Connecticut. She also received her Master’s degree in Elementary Education from the University of Bridgeport in Bridgeport, Connecticut. She currently holds a Professional Educator’s Certification through the state of Connecticut. In addition to her elementary background, she has had experiences as head teacher in preschools and daycares as well as assuming the role of assistant camp director. Melissa is an avid sports fanatic as well as a passionate educator.

Liz earned her BA in Fashion Merchandising at Philadelphia University, and her Master’s Degree in Education from The University of Bridgeport. She taught at Westport public schools before having her children.

Kimberly McMullan teaches Earth Science at the sixth grade and high school levels. She earned both her Bachelors and Masters from Brandeis University. She received her DC from New York Chiropractic College. Outside of school, she has also worked with children therapeutically as a Neurofeedback practitioner in Westport.

Anthony is in his 8th year at ECDS. He received his Bachelor’s degree in Education from Ashford University. He teaches Writing, Literature, and Pre-Algebra for our 7th and 8th graders. He also coordinates a track and field/running club program here at ECDS.

Katrina earned her B.A. in history and psychology from the University of MA- Amherst in 2012. She then went on to receive a Masters in Elementary Education from Grand Canyon University in Phoenix, AZ. Katrina holds a CT Teaching Certification in Elementary Education grades 1-6. Before her time at ECDS she worked as a long term substitute at North Mianus School in Greenwich, CT and taught 2nd grade at St. Ann Academy in Bridgeport, CT for 2 years. She is currently enrolled at Fairfield University working towards a Masters in Special Education and her dual certification.

Jennifer Yang graduated from University of Chicago with a M.A. degree from SSA (Clinical Counseling Concentration). She also holds a double B.A. degree in Psychology and Fine Arts from University of Denver. Jennifer has experiences in a variety of educational settings, ranging from Chinese School of 200 students to 1-1 private tutoring. She enjoys working with families and children therapeutically, especially helping international students transition and excel. Jennifer joins ECDS as Mandarin Teacher & International Students Advisor and Liaison.

Wendy Lilya earned her bachelors in Art education K-12 that she received from Nazareth College in Rochester N.Y. After teaching in the New York school system for a few years she moved to Connecticut.

Michelle earned a Bachelor’s degree in Sociology from Manhattanville College and a Master’s Degree in Education from Sacred Heart University. She is enrolled in the administrative program at Sacred Heart University. She has taught grades one through six throughout the past thirteen years. Currently she is the head teacher and the program director for Praesto Prep, and the director of June School and the July summer program.

Cory Hocker earned his B.A. in English from Virginia Wesleyan College and his certification in teaching English as a Foreign Language from EBC TOEFL School in Madrid, Spain. He has been teaching in wide variety of roles at Easton Country Day School since 2006.

Laura Lennon received her B.S. in Art Education from Central Connecticut State University and is presently working towards an M.A. in Photography from Savannah College of Art and Design. She is Connecticut certified and has been working at Easton Country Day School for the past 8 years. She is currently the Art Teacher in our High School and works with Praesto Prep.

Tricia has been a high school Social Studies teacher for 17 years. She worked at Nonnewaug High School in Woodbury and then came to ECDS in 2009.

Anita R. Holtz is our high school English teacher. She earned a B.S. from Pennsylvania State University, an M.S. in Criminal Justice, an M.S. in School Counseling, and an advanced graduate degree in psychology. In her previous employment in public high schools, she was named a highly qualified educator with a specialty for teaching college and real-world writing skills. She was an adjunct professor at the University of New Haven and a graduate school professor at the University of Hartford. Prior to her employment at ECDS, she worked as a pre-college consultant, private tutor, and a marketing proofreader for a Fortune 500 company. She delights in returning to the classroom where her career began in 1970, an affirmation of her love for teaching high school students.

Grekim graduated with a B.S. in Biology from Fairfield
University. He later returned to study physics and became a member of the physics honors society. He is currently working on a graduate degree in mathematics. At Fairfield he was active in projects destined for the CERN collider, computer simulations of particles orbiting Jupiter, and using optical techniques to identify cancer cells. He has taught at ECDS since 2013.

Reed received his degree in Kinesiology in 2009 from SCSU and is currently pursuing a Master’s degree.

Jodi earned her BA at Franklin and Marshall, and her Masters in Education: American University.
Jodi taught for six years in Montgomery County, MD, and has taught for 10 years at ECDS.

Marie Luna received her Bachelor of Arts in Psychology at San Diego State University. She received her Masters in Childhood Education and Special Education at Mercy College. In 2014, Marie became certified to teach Arrowsmith, which is a cognitive program based on the principles of neuroplasticity. She has been an Arrowsmith teacher at ECDS since 2014, working with students who engage in cognitive exercises to permanently strengthen their learning capacities.

Kate graduated from Lesley College in Cambridge with a B.S. in Education and is certified in Elementary Education, grades 1-6. She has been teaching the Arrowsmith Program since 2011, working with students to overcome specific learning difficulties through a series of cognitive exercises. Kate is also a certified Wilson Reading System Level 1 Teacher and a certified Wilson Dyslexia Practitioner.

Mrs. Elizabeth Buonicore received her BA in Liberal arts at Franklin Pierce University with an American Studies major and minored in Early Childhood Education. After, Mrs. Buonicore worked at Giant Steps School for seven years teaching 1:1 and then as a Vocational Specialist. She started the environment club and ran the garden and farm programs. She worked in the high school at ECDS for two years then left to run her own daycare after having her two children. Mrs. Buonicore then worked for a behavioral therapy company as a mentor working in the homes and community. She has recently rejoined ECDS, teaching Public Speaking, Executive function and Drama. 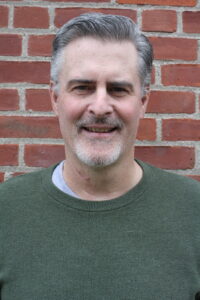 Peter Tehan -Guidance Counselor
Peter graduated college with a bachelors degree in Human Performance from Southern Connecticut State University in 1987, attained his teaching certification in Physical Education and earned his Masters Degree in Counseling and School Psychology in 1999.  He worked for Maloney Correctional Institution as a Physical Education Teacher in the city of Waterbury . After receiving his Masters Degree he was hired as a School Counselor at Wilby High School in Waterbury , and in Newport Academy as a Care Coordinator.

Note to Parents: weather or emergency delays and closings are always announced by direct email, on TV 3, 8, & 12 and radio stations WICC 660 AM, WEBE 108 FM, & STAR 99.9 FM, as well as on the school closing list of CTWeather.com.

There are no upcoming events.